Erway Ambulance Service is the primary provider of ambulance services and Advanced Life Support in Chemung County. Chemung County is located in the Southern Tier of Upstate New York near the border of Pennsylvania. Elmira, the county seat, is situated along the banks of the Chemung River, which winds its way through the picturesque Chemung Valley. Chemung County offers a multitude of things to see and do. Elmira College houses the original Mark Twain Study. In 1952 this octagonal retreat was moved from is original home on Quarry Farm to the Elmira College Campus as part of a preservation movement. Twain wrote Tom Sawyer and the Adventures of Huckleberry Finn within these walls. Also located in downtown Elmira is the First Arena, home the Elmira Jackals Hockey team. Harris Hill, the "Soaring Capital of America" is located within Chemung County as well as the historical revolutionary war site at Sullivan's Monument. Famous people that call Chemung County home include Hal Roach, Ernie Davis, Tommy Hilfiger, Brian Williams and Eileen Collins.

Proudly Serving the Southern Tier Since 1939! 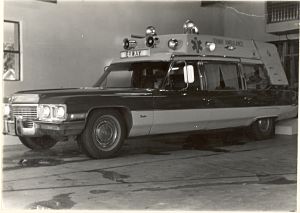 
Erway Ambulance Service originated in 1939 when Harry Erway Sr., a retired postal worker, and his wife Dorthea, a nurse, purchased what was known as James Ambulance from Captain Wilde of the Volunteers of America. Harry Erway Sr., affectionately known as "Pop" Erway to his young employees, began his service with two ambulances and one full time driver who had previously worked for Captain Wilde. Initially, the service was run from the Erway home at 811 Sycamore St. directly behind what is currently known as our "City Station" on Hazel St. The ambulances were stored in an unheated garage behind the house with the attendants bunked in an upstairs room. Dorthea Erway or "Ma" Erway would prepare meals for the attendants and answer the phones. Occasionally, she was known to ride the ambulance when female patients required transport out of town. 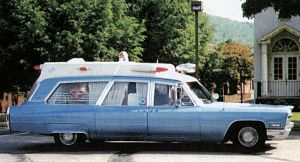 Harry Sr. diversified his service by adding a taxi service and then began renting hearses to the local undertakers. He eventually sold his taxis when the larger taxi services moved into the area. The hearses were also eventually sold and EAS became strictly an ambulance service.

Harry Sr. was an American Red Cross instructor and set an enduring precedent of quality by requiring all employees to attain basic Red Cross first aid certification and refresh yearly. 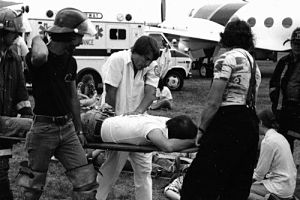 In 1951, Harry Sr. sold the business to his son Robert Erway and his wife Margaret, an RN. As higher levels of training became available, such as Red Cross Advanced first aid and the Medical Emergency Technician (held in Syracuse), Bob Erway made them the standard of care for EAS. Eventually, New York State used Erway Ambulance Service as a model when forming the State regulations for Pre-Hospital standards of care. In November 1970, EAS became leaders in Pre-Hospital care by placing the "Shockmobile" into service, one of the nations first mobile intensive care units staffed by paramedical trained laypersons. 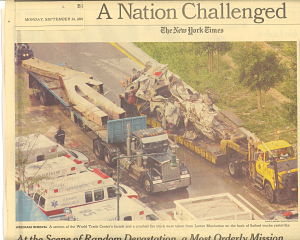 The Shockmobile program was conceived by Dr. William K Nowill in October of 1968, and became reality through the efforts of the Chemung County Heart Branch, Southern Tier Heart Association, the staffs of Arnot Ogden Memorial and St. Josephs Hospital, the New York State Department of Public Health, Division of Ambulances, and the Rochester Division of the Regional Medical Program. Twenty Five staff members of Erway Ambulance Service dedicated two years and approximately 900 hours to training in electrocardiography, intravenous infusions, endotracheal intubation, Levine tube insertion, and in-hospital experience in the operating, emergency, delivery, and coronary care units. After having been displayed at the New York State Fair and dedicated by Congressman Howard W. Robinson, the Shockmobile was placed into service on November 9, 1970 and took its first call the very next day. 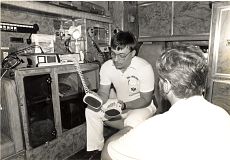 In 1972, Robert Erway purchased the property on the corner of Sing Sing Road and Colonial Drive that served as the Horseheads Station for twenty years. Erway Ambulance had begun serving the Horseheads area in 1963 when they took over for Barbers Funeral Home that had been providing ambulance service utilizing their hearse.

From 1963 to 1972, ambulances were stationed in various locations about Horseheads. The first Horseheads station was an old garage on Eleanor Street behind the current Horseheads library after which we moved to the old fire station at the "Holding Point" (currently known as The Center at Horseheads). Finally, Town and Country Fire station housed the Horseheads ambulance for many years prior to moving to the Sing Sing Rd. station. 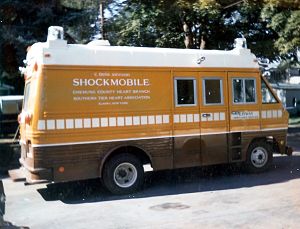 In 1973, Ronald Kintz and his wife Laverne, a registered nurse, purchased Erway Ambulance from Robert and Margaret Erway. Ron began working part time for "Pop" Erway when he was still in high school and started full time with EAS when he graduated in 1948. After serving in the Armed Forces from 1949 to 1952 he returned to the area as an Air Traffic Controller and resumed working at EAS part time. Ron took a very active roll in Local, Regional, and State EMS. Through his efforts and progressive attitude, he and Laverne transformed EAS into the professional and respected service it is today. 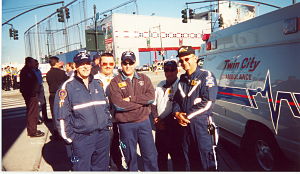 Throughout the 1970's, 80's, and 90's Erway Ambulance continued to grow. Ron and Laverne continually mandated that all providers keep ahead of the industry. If you knew Ron he was defiantly one to "tinker" with the current standards and ways of doing things to find new, more efficient, and better ways to provide care to the public. New ambulances and equipment were continually being tested and placed into service. In 1993, Ron saw the need to expand EAS presence in Horseheads NY and built our new station on Miller St. This new station is strategically placed and reduced the response time to Northern Chemung County. This station houses 3 ambulances and is manned by an ALS crew 24 hours a day 365 days a year. In 1996 in conjunction with our then Medical Director Mervin Whelen MD, Erway Ambulance was one of 5 evaluation sites for the Ping Medical F.A.S.T adult interoseious system. This was well before many EMS and Military Medical units began using this type of vascular access. 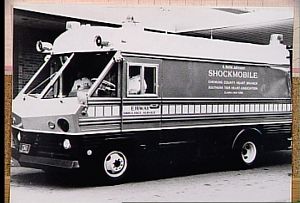 In September 2001, Erway Ambulance along with many other ambulance services from NY state and UNYAN (United NY Ambulance Network) responded to New York City in the wake of the terrorist Attacks. Jim Kintz, Ron and Laverne's son, lead the Erway Response and in the spirit of his father saw the need to become better prepared to respond to incidents of Mass Destruction. Jim prepared EAS for the future. It wasn't long after when in 2005 Hurricane Katrina struck the Gulf Coast. Being prepared, EAS was able to respond within 24hrs with 2 fully staffed ambulances and remained in the Gulf Coast for 30 days. Again in 2008 Erway Ambulance was prepared and responded to the Gulf Coast in the wake of Hurricanes Gustav and Ike. 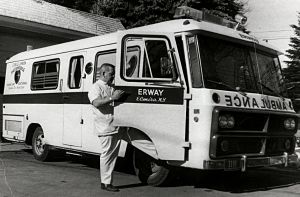 In 2003, Ron and Jim saw the need to better serve and began the construction of our current headquarters. Finished in 2004 Station 1, located at 2030 College Ave in Elmira Heights, is centrally located in Chemung County and combined the Administration, Operations, and Billing operations of Erway Ambulance into one location. This station houses our state of the art communications center and four ambulances. When this station went into service it increased our 24 hour, 365 day a year presence in Chemung County to 3 staffed stations. 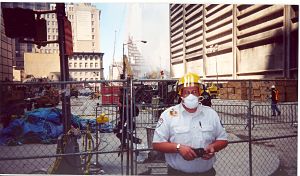 Sadly in February 2007 Erway Ambulance lost our "Modern Father" Ron Kintz. Ron was the driving force for the last 4 decades. Jim, his son, who in many ways is like his father continues to push Erway Ambulance and in doing so is ensuring that Erway Ambulance will continue to be the modern and progressive service that it has always been.